Pokécon Memphis is sure to be The Pokévent of the Season. This is the largest Pokémon-themed convention in the South. Whether you’re a fan of the anime, card game, or video game, we have something for you.

The Pokémon franchise defined a generation of gamers.

From the Game Boy Games that first brought us into the world of Pokémon to the immersive battles of recent years, Pokémon has challenged us to be the very best. Here at Pokémon, we take that inspiration from the anime in crafting an environment that inspires new friendships through competition. Our event challenges experienced trainers to prove their abilities through regional-style tournaments and invites new trainers to experience everything Pokémon has to offer.

Today, the franchise continues to inspire monster collectors of all ages.

They can trade and battle one another on games past or on the new Switch releases, Scarlet and Violet, which drop day one of our event. For those that want to take part in the collecting crazy, we’ll help young trainers build their first deck, learn the mechanics of the game, and challenge themselves in one of our many side events. 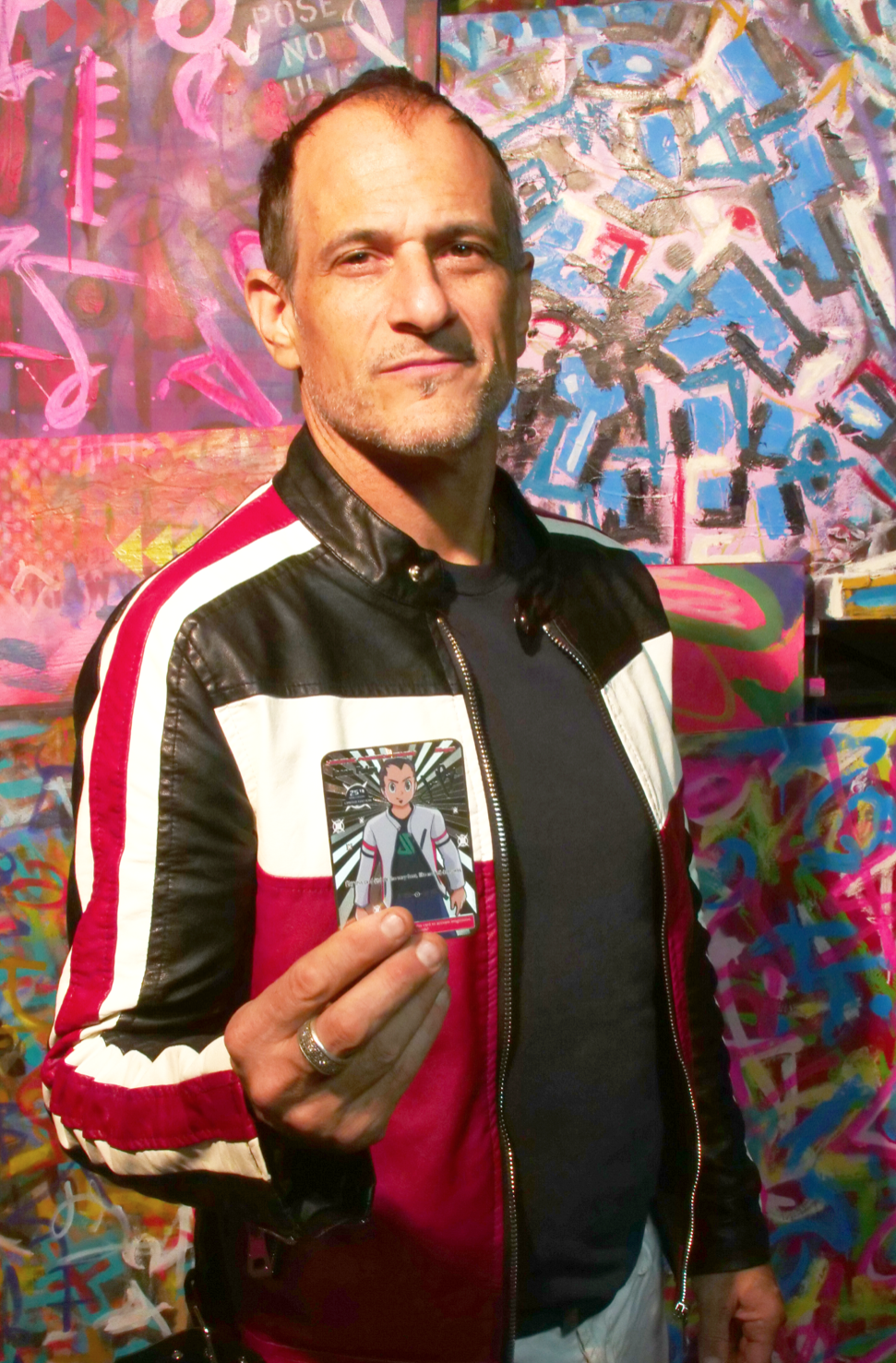 SINGER OF THE POKÉMON THEME SONG

"The Voice of a Generation", featured on several Pokémon songs, will be performing live with the the legendary musicians that make up, Area 51. He'll also be taking selfies with people around the convention and signing autographs. So bring your items to be signed. If not, he will have some available.

The voice of Jason Paige has been featured, not just in the iconic Pokémon Theme Song, but on numerous TV commercials, including several Super Bowl ads. You'll find him at Pokécon Memphis all three days partaking in the celebration of all things Pokémon.

The voice of Ash Ketchum, from the smash hit Pokémon anime will join the festivities to participate in a live panel and to sign autographs for the many fans of the TV show. She's been in many Pokemon Movies including Jirachi - Wish Maker, Lucario and the Mystery of Mew, Destiny Deoxys, and all four of the original movies.

The Original Voice of Ash Ketchum

Veronica Taylor is a classically trained actor who found her way into voice acting while performing in the Batman Stunt Show at Six Flags Great Adventure. She became a mainstay of Saturday morning cartoons, best known for playing the original Ash and May on the first 8 seasons of “Pokémon”, April on “Teenage Mutant Ninja Turtles” (2003- 2007) and roles in “Yu-Gi-Oh!”, “Cubix”, “Dinosaur King”, “Winx Club”, “One Piece”, and more with 4Kids.

She'll sign autographs at the event (Saturday Afternoon and Sunday Only) and participate in a panel, where she'll discuss her involvement with the first 8 Seasons of the Pokémon Anime. 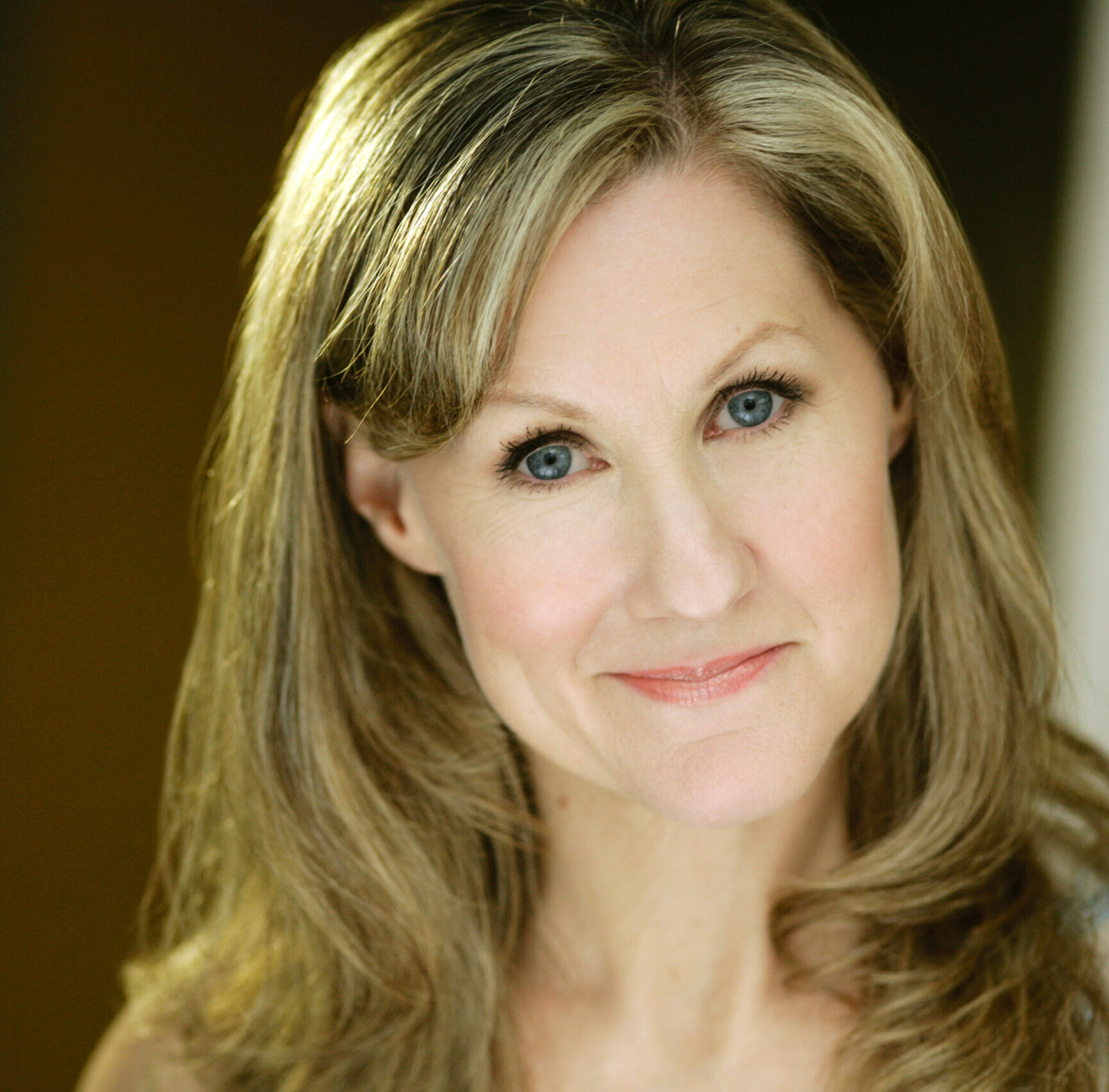 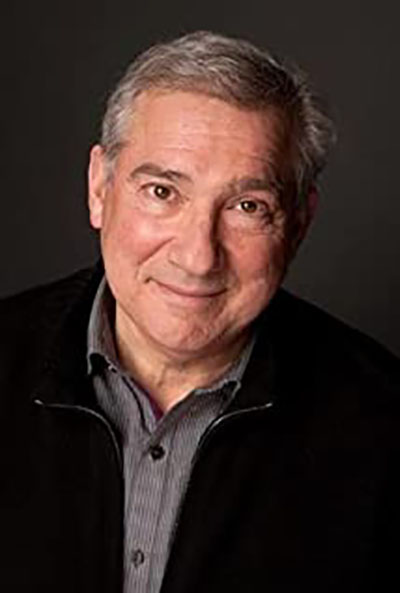 The Original Voice of Professor Oak

A voice, film and television actor, that has worked on Broadway, perhaps best known as the original voice of Professor Oak. He's taken that role beyond the anime, appearing in games such as Pokémon Snap and to the big screen in Pokémon: Mewtwo Returns, Pokémon 2000, Pokemon 3: Spell of the Unown, and Pokemon 4. Expect to see the professor in panels, signing autographs, and wishing trainers well on their journey.

He'll be present all three days of the show to sign autographs and participate in a panel, discussing his role in the first 8 Seasons of the Pokémon Anime.

Yuka Morii-San is a phenomenal artist known around the world for creating adorable clay sculptures of creatures of fantasy. She's authored more than 30 books, including Supermarket and Travel Guides. Her Fantastic Garden collection, exhibited at 子の星 (Child Star Gallery) in Daikanyama, Tokyo (2020) for example, features creatures inspired by folk tales all over the world.

She is bringing an exhibition to our event, titled "Exploring Japanese Folk Monsters", which features a collection of Yokai she's created for a serialization "TSUBASA-GLOBAL WINGS" created for and exhibited by ANA (All Nippon Airways). And, she'll be giving a talk called "Modeling Monsters", where she'll discuss how she makes her work by hand, which is often mistaken for CG imagery, by fans of the Pokémon Trading Card Game. 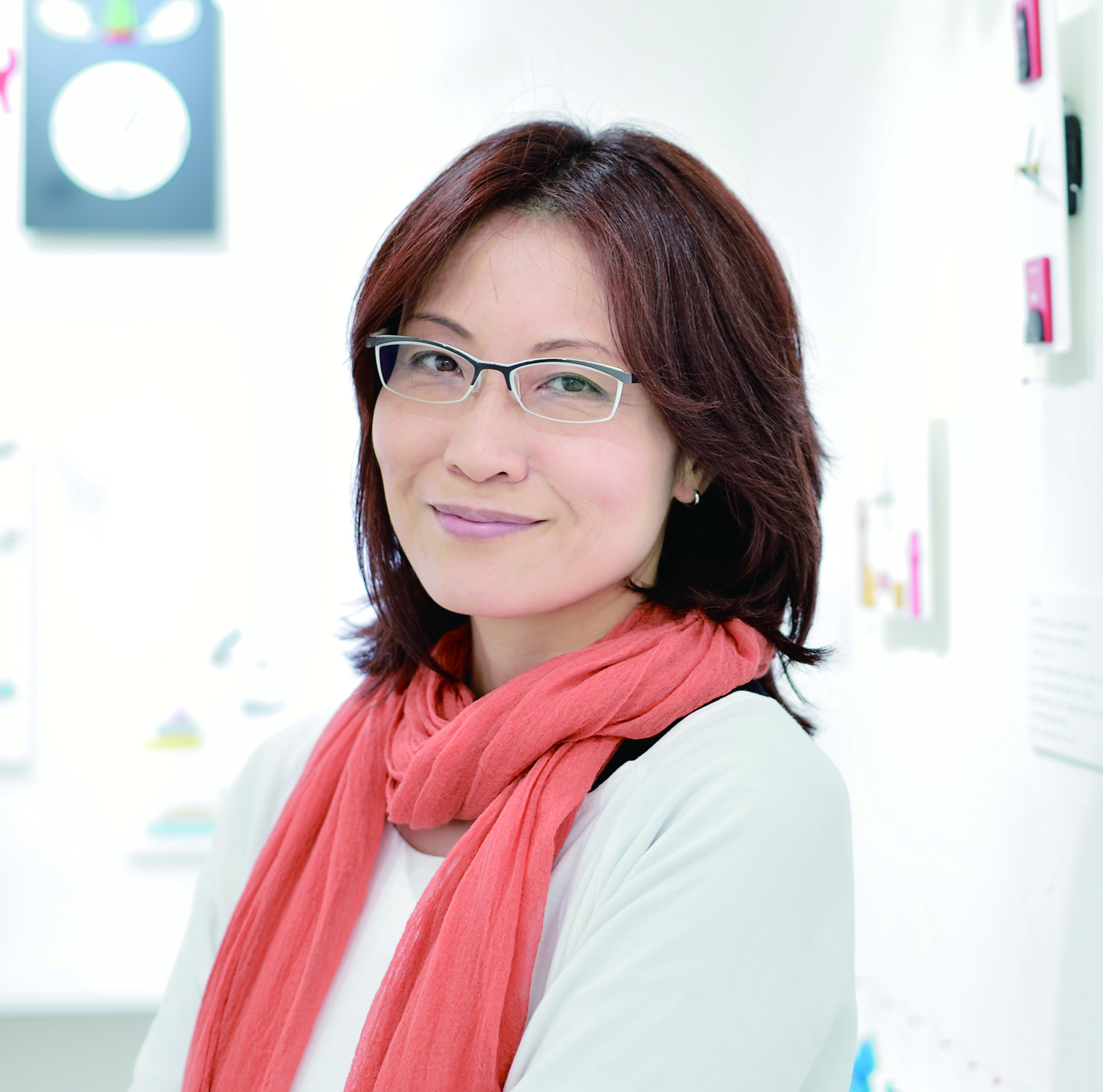 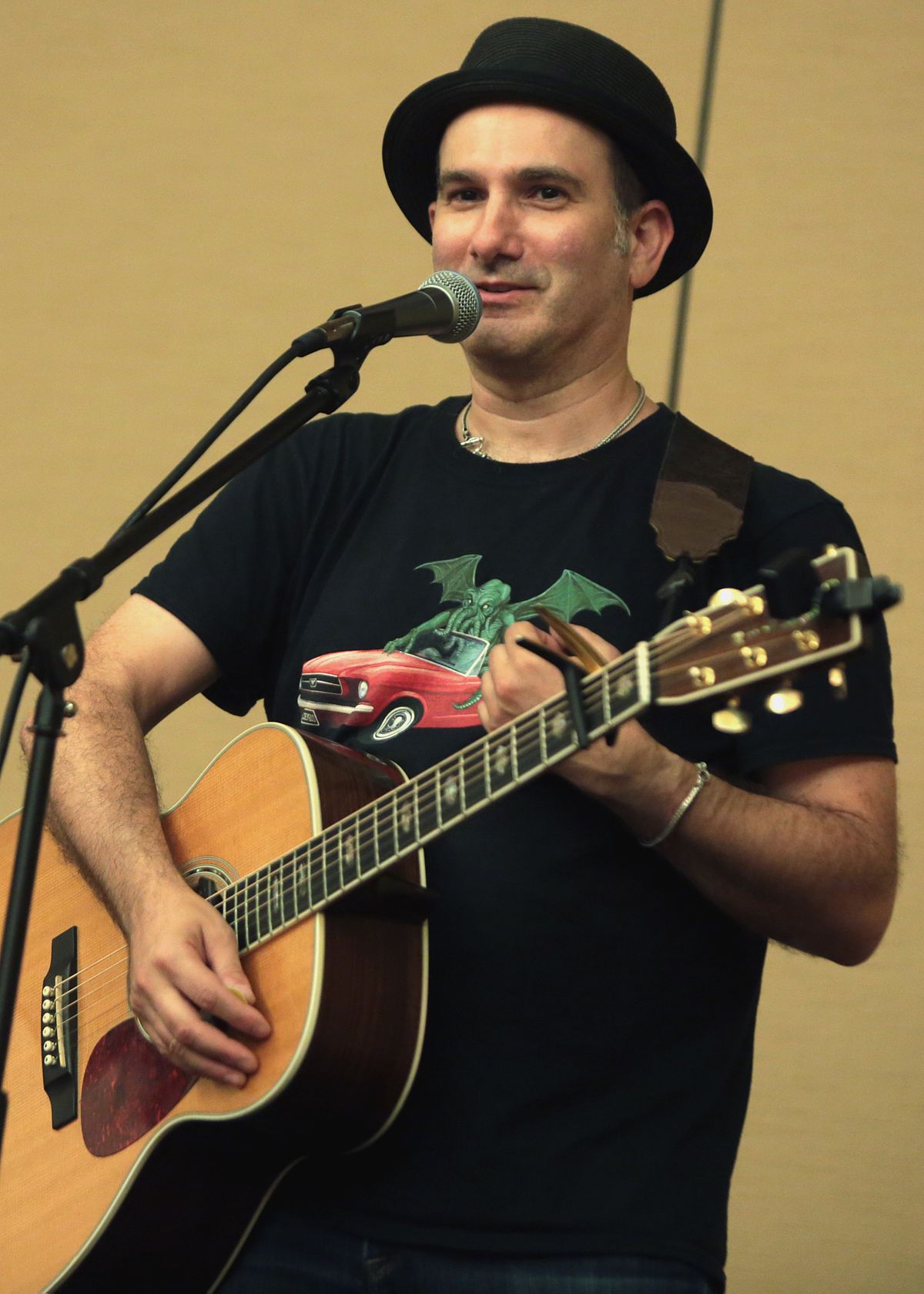 A musician and voice actor, known to the Pokémon community as the original voice of both Brock and Team Rocket's James, in the anime. 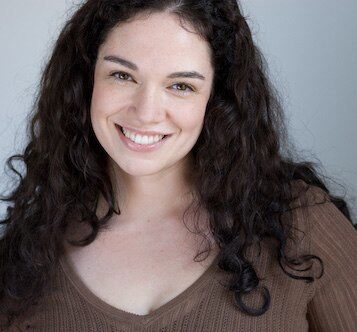 A musician and voice actor, known to the Pokémon community as the original voice of both Misty and Team Rocket's Jessie, in the anime. 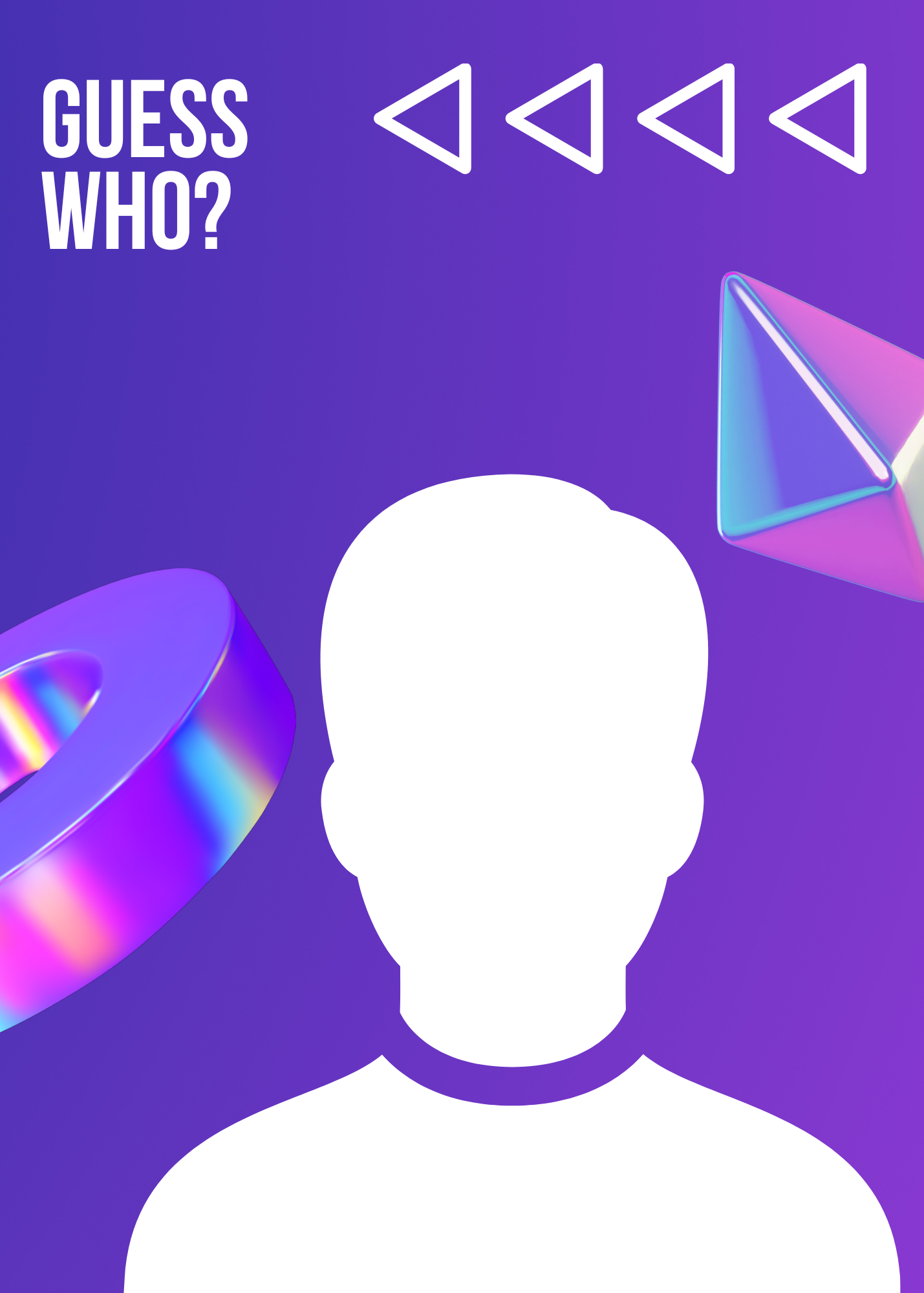 Oh, the anticipation. When all the finishing touches are in place, we'll announce the guest's appearance. 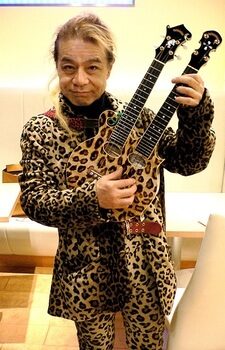 One of Nintendo's most popular artists, and former member of the Board of Directors of Creatures, Inc., the company behind the Pokémon Games, Benimaru Itoh, will be joining the festival virtually - all the way from Japan, participating in panels, regarding the Pokemon TCG and Video Game series.

Not only was he an early TCG artist and the concept director for the Pokémon Center NY, but he also was the art director for hit titles such as Pokémon Snap and Pokémon Stadium. This rare appearance, gives you the opportunity to ask questions about the early development of the game. He worked extensively on advertising for many of the early Pokémon Titles, but is most popularly known for his work on the Metroid & StarFox comics in Nintendo Power. 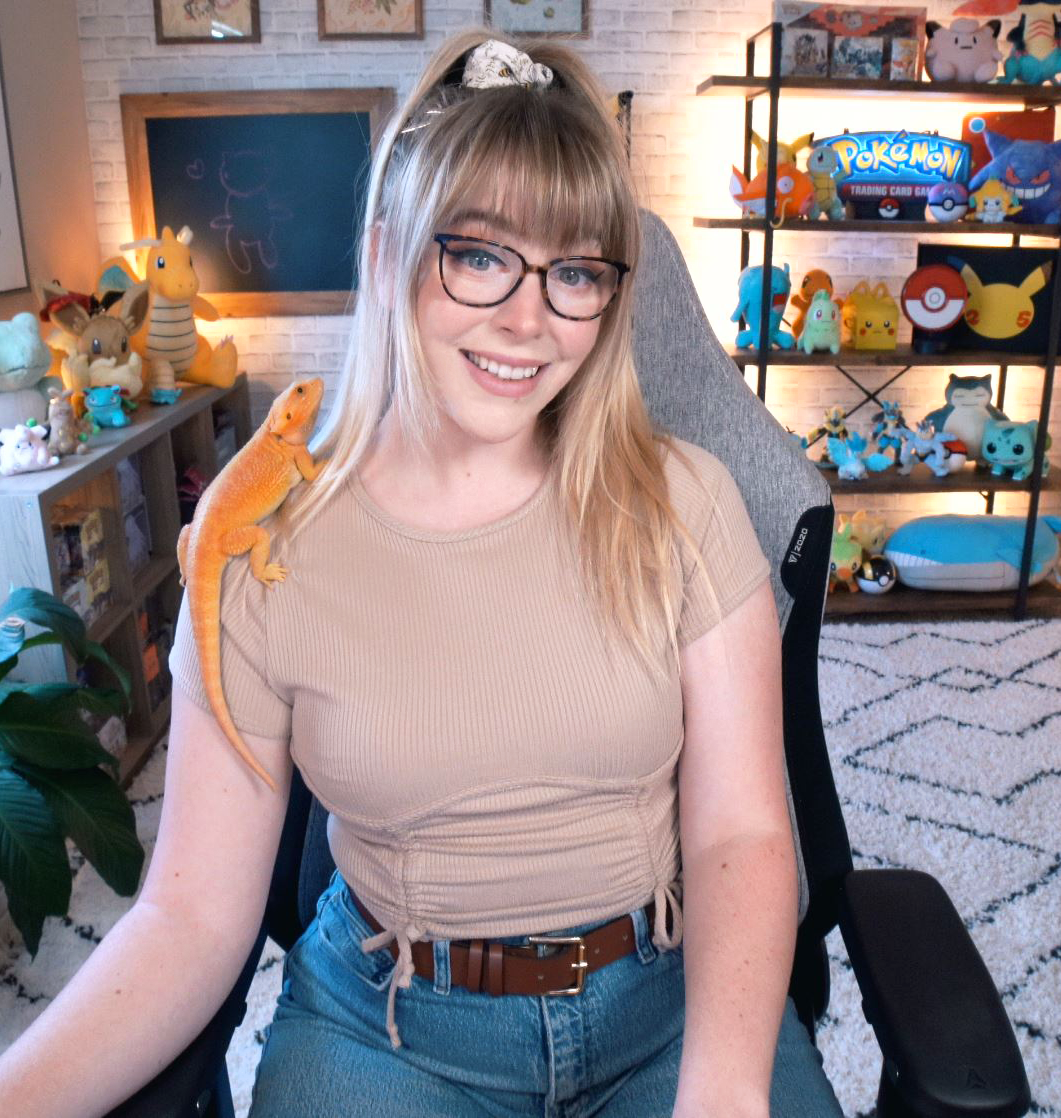 Tennessee's most popular voice in the Pokémon Community, will be on hand to answer questions you might have on what it takes to become a popular Pokétuber. She built a following of more than 102k subscribers on YouTube, opening packs from the Trading Card Game, and teaching the masses how to play the game. As a beloved personality, she's happy to meet members of her Squirtle Squad in person and take pictures.

At Pokecon Memphis, she'll be providing commentary for our Main Event livestream. 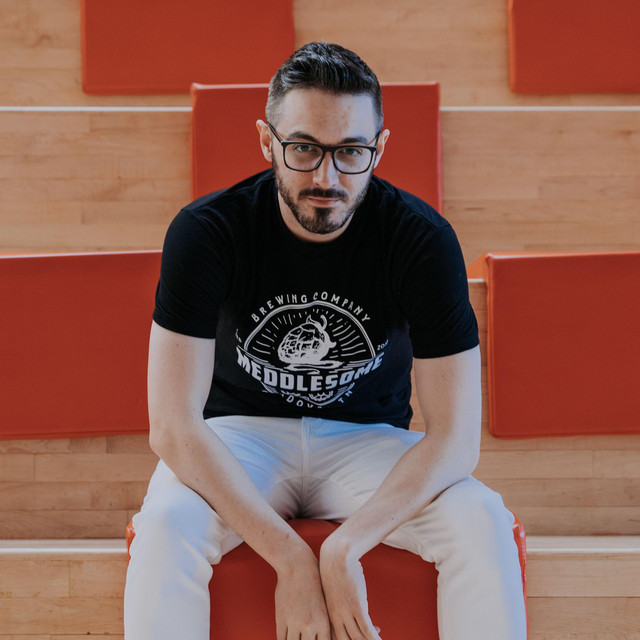 Confirming guests takes time, as soon as we work out the nitty gritty details, we'll announce this guest.

A content creator with Team Triforce TCG, will be attempting to break not one but two World Records. This GRW approved record break attempt is set to push Pokemon gameplay to its limits. . 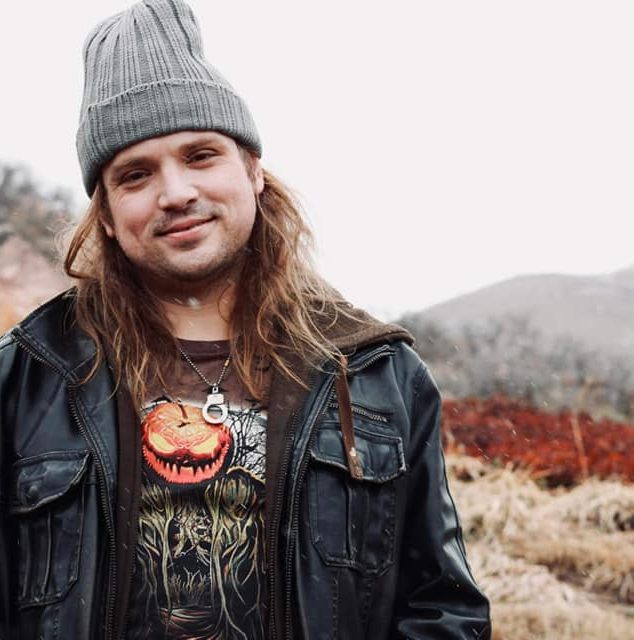 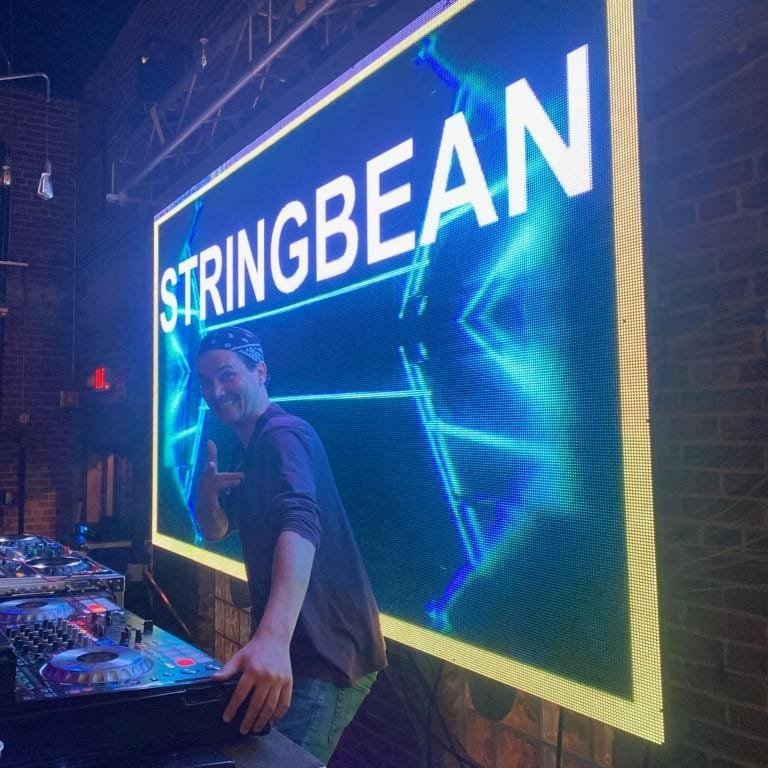 One of the hottest disk jockeys in the South will be on the 1s and 2s to spin fire hits and mix electrifying new creations. Taking inspiration from the Pokémon anime and movies and remixing them with tunes from the games. (Friday Night)

Prove You're THE VERY BEST 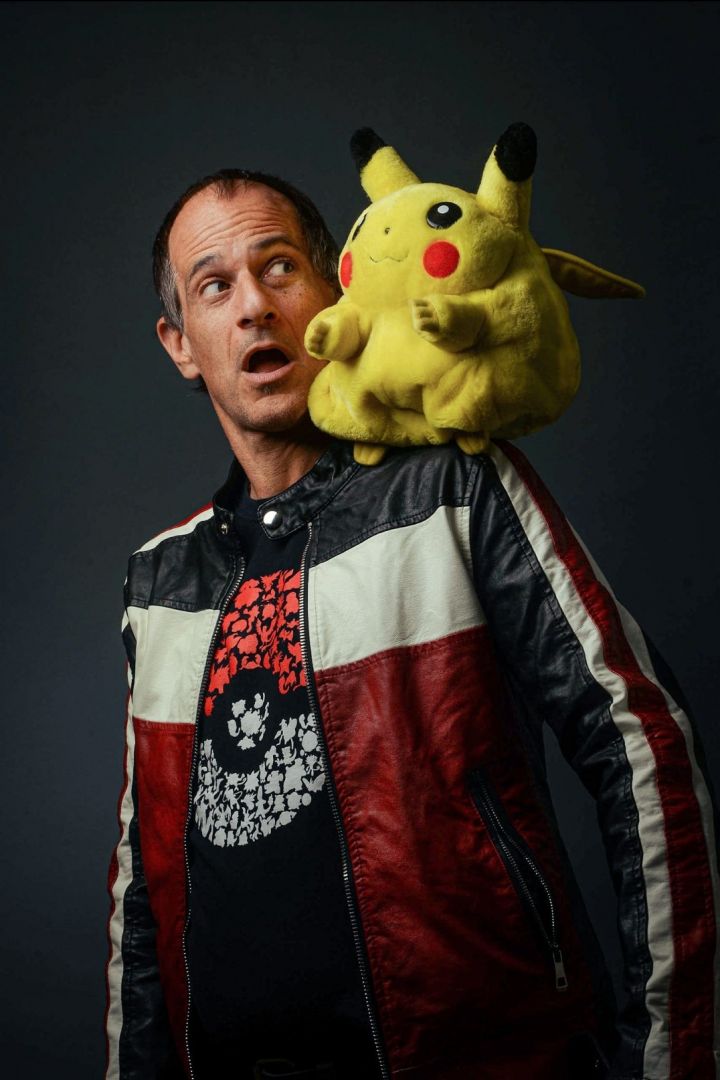 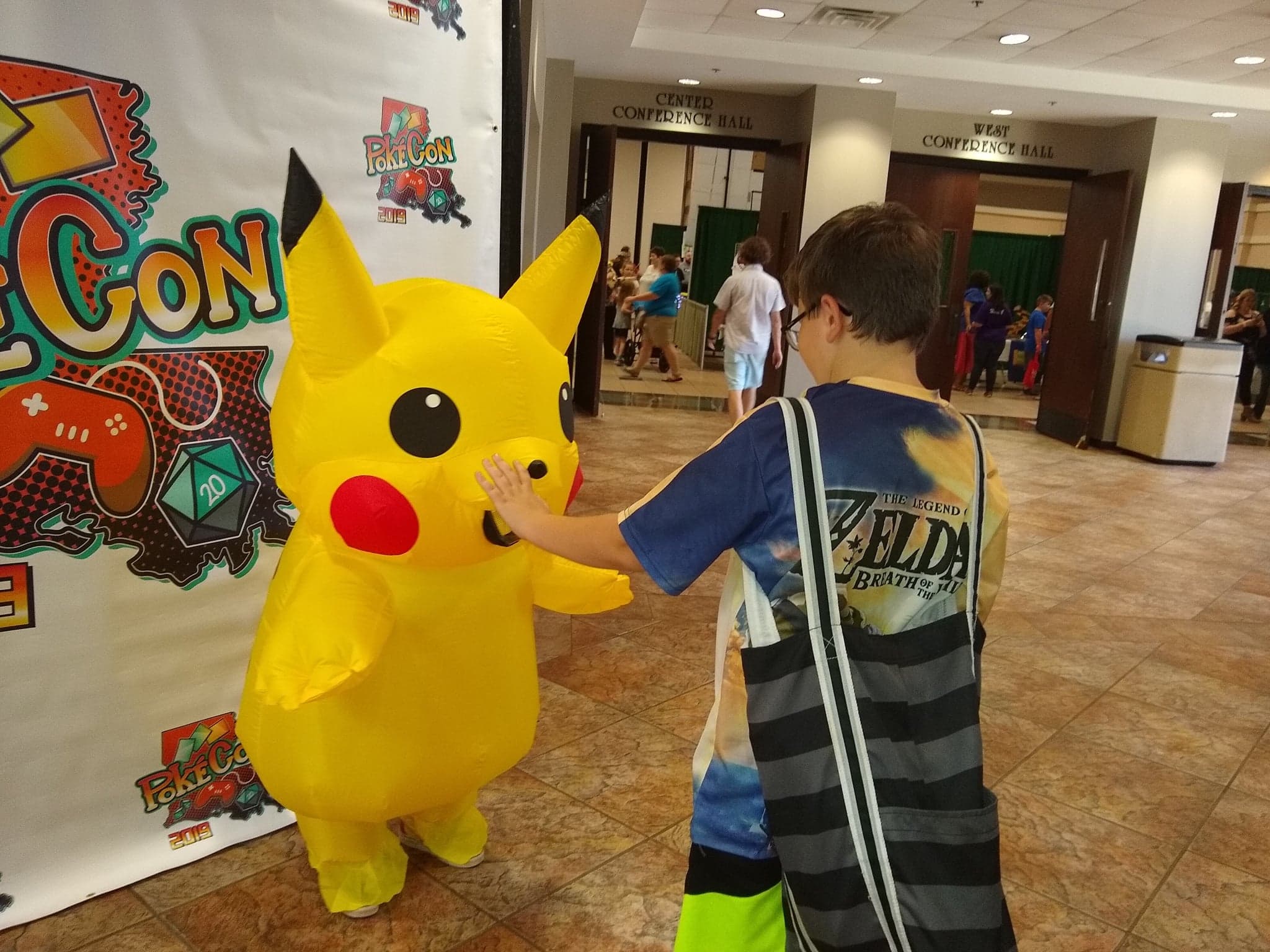 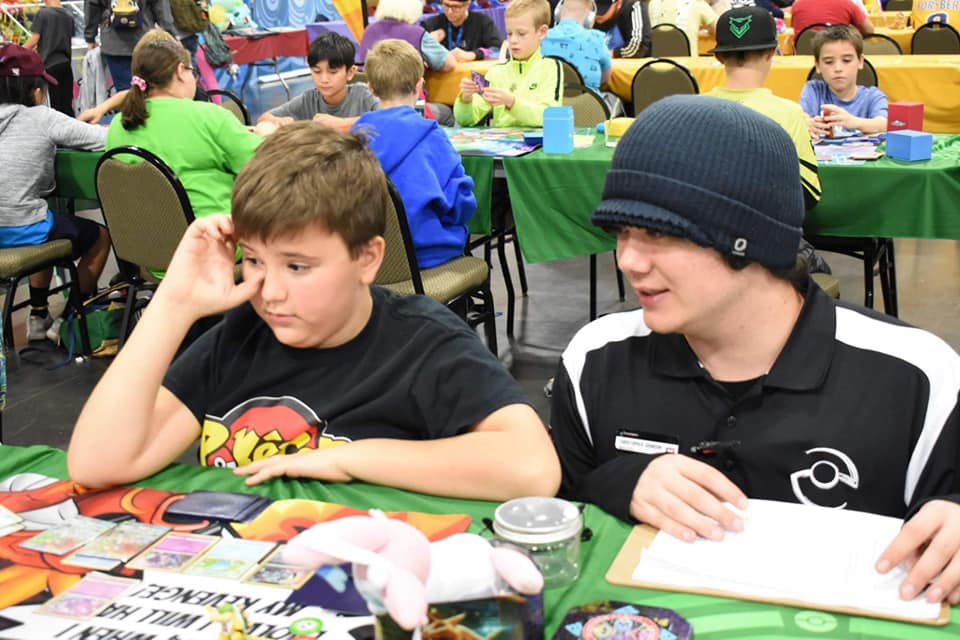 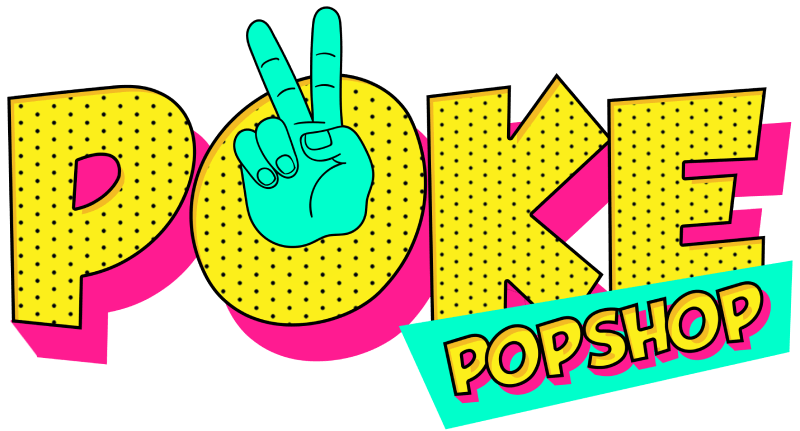 Call Us:
Don’t hesitate to contact us via phones:

This is an independently operated fan convention. Pokémon, the Pokémon characters, and all related trademarks, are property of their respective owners: Pokémon Company (Pokémon), Nintendo, Game Freak and/or Creatures. No official relationship is expressed or implied. The Memphis Music Room is a trademark of the Memphis Music Group, LLC.